Is Heartburn an Indication of Cancer? 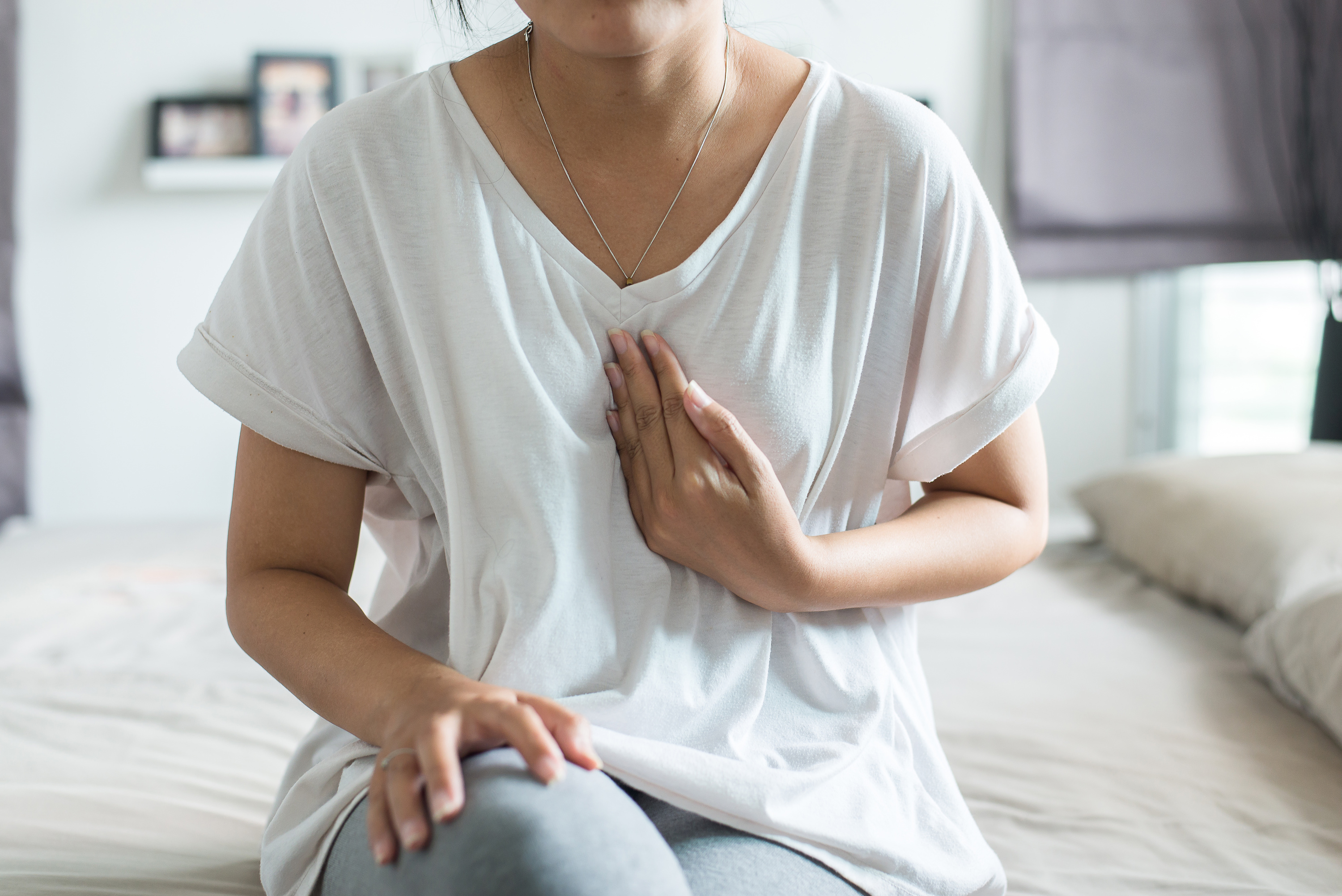 It's impossible to imagine just how bad heartburn really is until you've actually experienced it firsthand. It can be so painful that people go to the emergency room because they're afraid they're having a heart attack. Some people struggle with heartburn nearly every day, while others only experience it once in a great while. It's estimated that heartburn strikes 15 million Americans daily. The number one concern most people after they've finally gotten some relief from the pain is what was the cause of the heartburn.

Heartburn is the name used to easily describe the pain that occurs when acid reflux forces the contents of your stomach into your esophagus. Even though the condition has nothing to do with your heart, it was named heartburn because the burning sensation is located in your lower chest and can easily be mistaken for a heart attack.

People who consistently experience heartburn two or more times a week are given a specific name for the condition. Gastroesophageal reflux disease is shortened into the more concerning GERD.

The burning sensation in the chest is the most common symptom of heartburn. Additional symptoms connected to the condition include:

Individuals with GERD often report that they have a constant sore throat and struggle with a persistent cough.

Once a person suffers from a bout of heartburn, they start obsessing over what the triggered the reaction so that they can avoid it. Most people assume that it's something they ate, which can contribute to the condition. Foods that can contribute to heartburn include:

Other factors that can trigger heartburn include:

If you are a long time sufferer of GERD, you are a slightly higher risk than normal for developing esophageal cancer.

It's estimated that 10% of individuals who have been diagnosed with GERD will develop a condition that doctors call Barrett's esophagus. People who are diagnosed with Barrett's esophagus throats have become so damaged by the constant struggle with acid, the tissue in esophagus changes. In order to cope with the acid, the body replaces the normal esophageal tissue with the type of tissue that lines our intestines. Since this tissue is better equipped to deal with stomach acid, the evolution seems like a good idea.

The problem with Barrett's esophagus is that once the tissue changes, there's an increased risk that the cells will continue to change until you develop esophageal adenocarcinoma, which is a particularly nasty form of esophagus cancer.

Esophageal adenocarcinoma develops in the lower section of the esophagus. This type of cancer targets the cells responsible for keeping the esophagus moist. While it's not the most common type of cancer, it is the most commonly diagnosed form of throat cancer in the United States. White men who have been diagnosed with GERD and who are also smokers are at the highest risk of developing esophageal adenocarcinoma.

GERD Does Not Mean Cancer

Don't assume that just because you have GERD that you'll develop esophageal cancer. There is only a 10% chance of that happening. Having GERD does mean you want to be diligent about paying attention to your body and any possible signs it may be developing esophageal cancer.

Early signs of esophageal cancer include:

While esophageal adenocarcinoma is the most common type of cancer that's related to heartburn, another concern individuals who suffer from chronic heartburn worry about is squamous cell carcinoma which usually develops in the middle and upper sections of the esophagus. This form of esophagus cancer is most commonly seen in people who are between 60 and 70 years old.

The biggest problem with squamous cell carcinoma is that it often goes undiagnosed until the cancer has progressed quite far, making treatment difficult.

Symptoms of squamous cell carcinoma include:

Because this is an aggressive form of cancer that's often caught late, the prognosis isn't good. The average 5-year survival rate is between 10 and 20%. The cure rate does increase to 40% when the disease is caught early and the doctor is able to perform an aggressive treatment program. Lifestyle, genetics, and age are important factors when it comes to determining the survival rate.

Don't assume that just because you've been diagnosed with GERD that you will develop esophageal cancer. The odds of cancer forming are actually quite low, but it is important that you and your doctor realize that it is something that needs to be watched for. The GERD diagnosis means that it's in your best interest to make esophageal cancer screenings a regular part of your life.

While the odds of you developing cancer as the result of your heartburn, there is still a slim chance it could happen. Given the importance of catching the esophageal cancer in its early stages, it's in your best interest to book regular screenings. Doctors recommend that individuals with GERD should be screened for throat cancer every three to five years.

Symptoms that could indicate the early stages of esophageal cancer include:

If you or someone you love has been diagnosed with either type of esophageal cancers caused by heartburn, contact us. We'll happily answer any questions you have regarding our cancer treatment services.