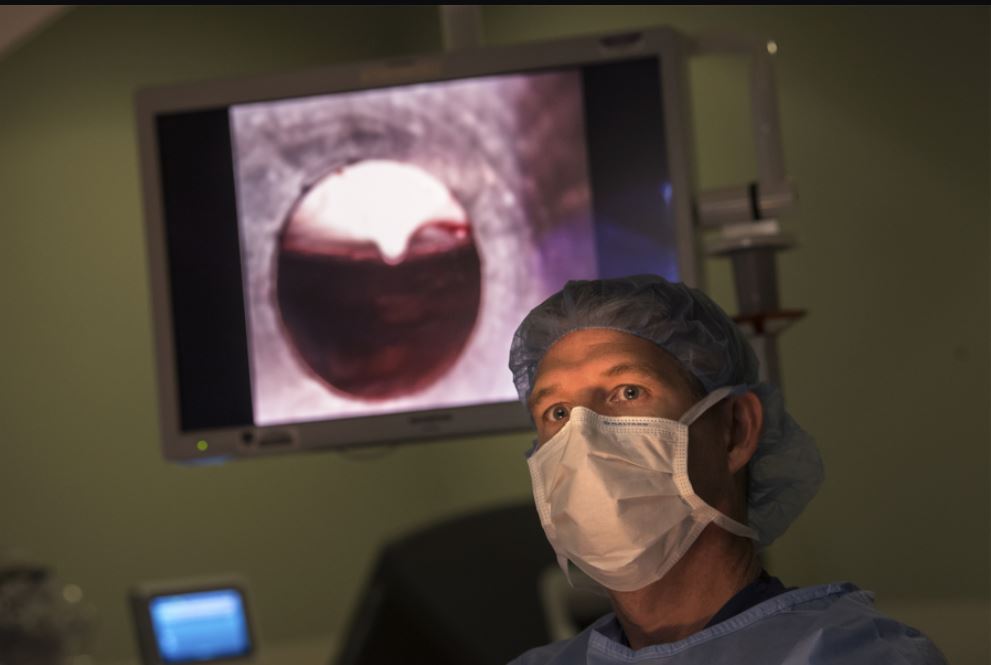 The Columbian features our own Scott Rushing, MD, recognizing his 1,000th robot surgery.  A great read!  Click here to see it.

Dr. Scott Rushing takes off his shoes and sits down at the console before beginning surgery.

He’s a few feet from his patient and won’t even look in her general direction for the radical hysterectomy and staging procedure for cervical cancer he’s about to perform at PeaceHealth Southwest Medical Center in Vancouver. That’s because with the help of a da Vinci robot, Rushing will utilize a camera, viewfinder, foot pedals and actuators to control robot arms and instruments to complete the surgery.

Hundreds of thousands of robotic surgeries are performed around the world each year. So Rushing isn’t in special company there. Where Rushing stands out is in his early adoption of the technology, back in 2007, leading him down the path to completing his 1,000th robotic surgery last week.  Continue Reading